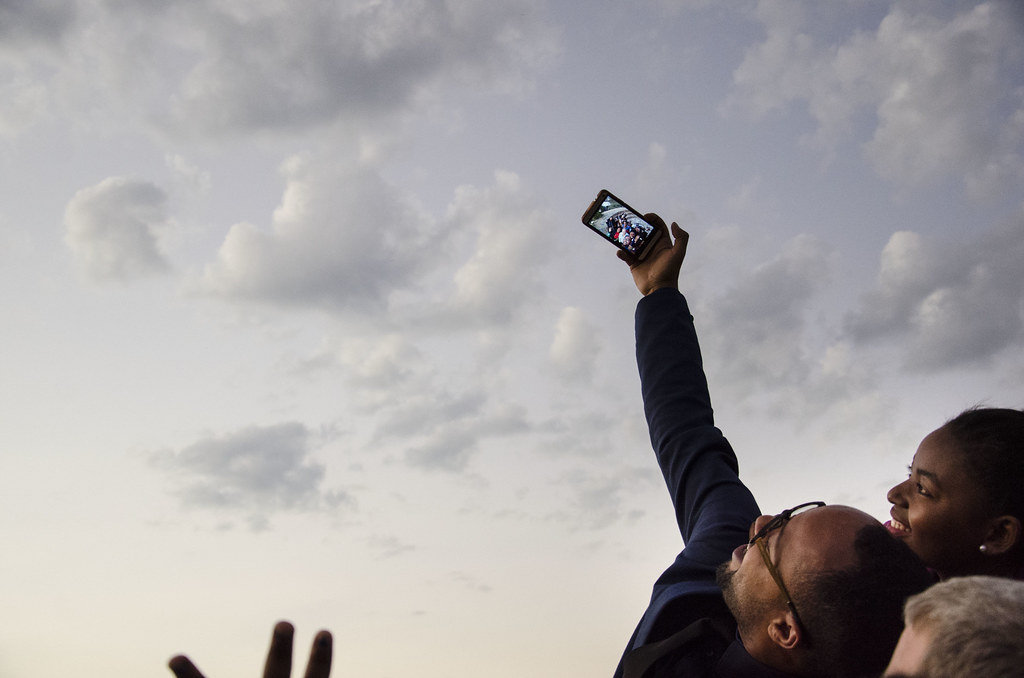 This article is part of UPROAR, a Small Media initiative that is urging governments to address digital rights challenges at the Universal Periodic Review (UPR).

On paper, there are little if any restrictions on access to the internet in Namibia, which is one of Africa’s most stable democracies and least inhabited nations.

However, recent bold moves to acquire various forms of spyware have posed a dilemma to observers: Are Namibia intelligence agents deftly walking a fine line to acquire digital spy equipment from both China and the European Union?

Digital surveillance may be underway in Namibia, given the inventory of spy technologies acquired over the last few years — especially public closed-circuit TV gadgets and International Mobile Subscriber Identity-catchers (IMSI), says Admire Mare, a senior lecturer in the communication department at Namibia University of Science and Technology. Namibia is not alone as, “many countries in  Southern Africa have been expanding their surveillance capabilities as part of a growing wave of authoritarianism in the region,” Mare told Global Voices (GV).

Frederico Links, a research associate for the Institute for Public Policy Research, agrees. “Evidence indicates that Namibia has acquired sophisticated communications interception and surveillance capabilities, and that those capabilities have been deployed,” said Links, who is also the chair of ACTION Coalition, which advocates for greater access to information in Namibia.

IMSI catchers, commonly called “grabbers” in the spy industry, are devices that can be placed conveniently to trigger GSM mobile cell phone base stations to halt encryption of users’ voice, video or text calls. All digital correspondence that goes through an IMSI-catcher can be harvested, viewed, copied or heard. With the help of centrally-registered SIM cards, firmly courted by Namibian authorities, an IMSI-catcher is a perfect eye inside a national cellphone network, says Yasin Kakande, a TED fellow and Africa online privacy watcher, in a Zoom interview with GV.

Over the last decade, Namibia’s state intelligence police have been robustly active in the European spy gear retail market.

The Coalition against Unlawful Surveillance Exports (CAUSE) revealed in June 2015 that Namibia made bids to purchase internet eavesdropping armoury in Switzerland as far back as 2013. However, this attempt was rebuffed when the Swiss government began to clamp down on such exports, fearing that rogue states could use such machinery to harm domestic pro-democracy opponents. Swiss authorities promptly froze shipments of internet surveillance gadgets and software to Namibia, Ethiopia, Indonesia, Yemen, Qatar, Malaysia, Taiwan, Turkmenistan and the United Arab Emirates.

In October 2014, Namibia was outed in an audacious bid to acquire internet scooping gadgets from the notorious Italian software vendor The Hacking Team (rebranded as Memento Labs after it was acquired by another cybersecurity company in 2019). An embarrassing data breach from WikiLeaks exposed Namibia as one of Hacking Team’s proposed customers and the mushrooming deal fell through. The Italian government also seized the moment to cancel Hacking Team’s permission to export intrusion malware.

The Campaign Against Arms Trade lobby alleges that in 2011, and between 2015 through 2017, Namibia carried out transactions with the Danish corporation Sys-tematic, which sells expertise, web control equipment and advisory for states that seek “solutions, services and know-how for surveillance, prevention, analysis, threat assessment and crisis handling.”

Then there is the big elephant in the room – Huawei, of China. The company’s relationship with Namibia is over a decade-old, as the company is credited with installing 3G, 4G and now possibly 5G infrastructure.

Huawei, arguably one of the world’s most enthusiastic sellers of web control technology, has an enormous presence in Namibia. The company is both the supplier and fixer of gadgetry and infrastructure of Telecom Namibia, the national telecommunications operator.

Along with MTC, a Namibia government-owned cellphone operator, Huawei has been locked arm-in-arm in a technological transfer relationship, especially via its showpiece SingleRAN radio access technology that allows Namibia’s mobile telecom operators multiple wireless services on a single network. Up to 2 million Namibians lean on Huawei-supplied technology to access voice communication, internet and digital TV, thanks to hundreds of radio base stations and thousands of miles of fiber-optic lines stationed in Namibia by Huawei.

In all of this, “no one is sure whether this close partnership has allowed Huawei to have backdoor sneak into Namibia’s internet vault as it reportedly did at the African Union headquarters in Addis Ababa, where the Chinese giant built up a computer network and craftily began to harvest data from the shadows,” worries Yasin Kakande.

It is exactly the ultra-secretive digital-control maneuvers of Namibia’s intelligence agency which baffles activists. “It’s hard to measure the internet surveillance capabilities of Namibia, given the opaque nature of the budget of the security services sector and the way government-owned telecommunication operators deal with foreign service providers. Transparency is the missing link in all this,” adds Mare, the professor. “It’s a secretive space, hence informants won’t come to the front to confirm or disconfirm the practice.”

Observers notice something bizarre but interesting: When the top publication The Namibian ran the story “(Namibia) Spy agency gets N$217m…over 3 years” ($12,97 million USD) in 2019, observers suspected that some of the cash is to be slated for buying internet surveillance gadgetry. However, in the national budget these items are often hidden under clever headings like construction, renovations and improvements.

Namibia denies accusations that it is building an internet war chest to effortlessly check up on its domestic critics. Charles Siyauya from the Ministry of Information and Communication Technology, wrote in response to a question from Global Voices that “to spy on citizen/s is the least on the priority list of execution of any progressive government. Only a predatory or failed government can spy on its citizens. Intelligence is about protecting the country and citizens from external and internal threats.”

Namibia, like any state actor, has legitimate needs for using digital tools to guard its peace. It’s the secretive nature of the authorities’ digital manoeuvres that is unsettling. When purchased in secret—and used without the proper independent oversight— surveillance tools are a threat to fundamental rights and freedoms, including the right to privacy and freedom of expression.

Do you want to write an article or blog for www.magazine.wales or any of the news websites for Wales? Contact us.  Email: [email protected]